Soil type and Geology – Own rooted vines are grown in a rich red clay, pink marble and ironstone on a limestone base.

The vineyard was planted on the North eastern hill slopes of the Barossa Valley displaying cool crisp gully winds during the summer evenings to keep bunches cool to assist in optimal fruit ripening.

Vineyard plantings are orientated in an East West direction so the daily sun track is over the top of the vine canopy which is ideal in the prevention of sunburn and sun exposure to the bunches. 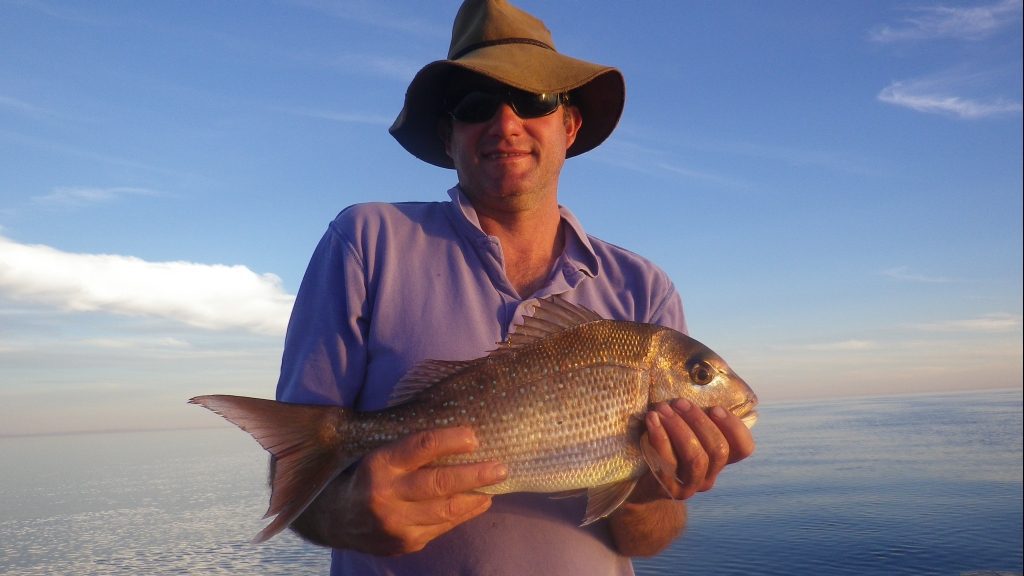 Our aim is to produce high quality wines that display and reflect the character of the winemaker and of the land from which our vines are grown.  To leave you wanting for nothing more, than perhaps landing a nice fish every now and then.