The Gumpara Vineyard situated in the Light Pass district of the Barossa Valley has been cared for by the Mader family for 7 generations.  Sourced from a special selected low yielding single vineyard located on the eastern Barossa ranges, this limited release Shiraz is full bodied, deep in colour with flavours and aromas of blackberry, mulberry, dark cherries and plum conserve layered with mocha chocolate, white pepper spice and fine tannins.  The cellaring potential extends well into the next decade and beyond.

VINIFICATION
Crushed and de-stemmed into open fermenters, with fermentation controlled at 25°C. This developing wine is pumped over each day. Free run is removed from skins and the must is gently pressed via an airbag batch press. Fermentation was completed in new French oak barrels prior to malolactic conversion and ageing.

COMMENTS
The Gumpara vineyards have been owned and tended by the Mader family for six generations.
The 2016 Barossa Vintage was a standout. Warm and dry spring conditions, allowed for good flowering and fruit set. A chance 30mm rain event in January, followed by mild conditions throughout February, gave rise to early flavour development. Phenology kept pace with sugar levels resulting in rich ripe tannins.
This wine is full bodied, deep in colour with flavours and aromas of blackberry, mulberry, dark cherries and plum, and mint, layered with mocha chocolate and white pepper spice, with fine tannins, leading to a great palate weight.

CELLARING
The cellaring potential extends well into the next decade and beyond. 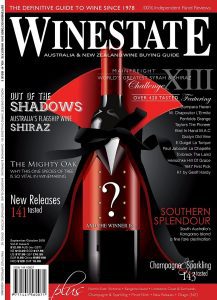